Alice Kim is the ex-wife of the legendary actor, whom we know as Nicolas Cage. We know that the life of Nicolas Cage is pretty interesting when it comes to relationships. So, it’s natural that there are lots of ups and downs as well in his dating life. Though Alice and he are not together currently, that doesn’t stop the fans of Nicolas to know more about his ex-wife.

So, if you are a fan of Nicolas Cage and wish to know more about Alice Kim, the ex-wife of the actor, then give this article a read. In this article, you will get some basic life details of Kim, how the duo met, and some other exciting information.

A Short Bio Of Alice Kim

Before we talk about the couple, let’s check out some basic life facts about Alice. So, Alice Kim was born in the year 1983, on 27th Dec, in L.A, California. Therefore, she is about 37 years old as of 2021. On the other hand, she belongs to the Capricorn sun sign. In addition, she is from California and yet belongs to Korean background.

Life Story Of Alice Kim: How The Couple Met?

As we said earlier, Alice Kim is the ex-wife of the famous actor Nicolas Cage. So, the couple met each other at the L.A in the year 2004. It’s worth noting that she worked as a cocktail waitress at Le Prive in Los Angeles.

Soon after they met, the duo instantly found some interest in each other and started to date. In other words, we can say that it was love at first sight for those two. Moreover, after their initial phase of dating for about two months, Alice Kim and his partner Cage decided to elevate their relationship to the next level. 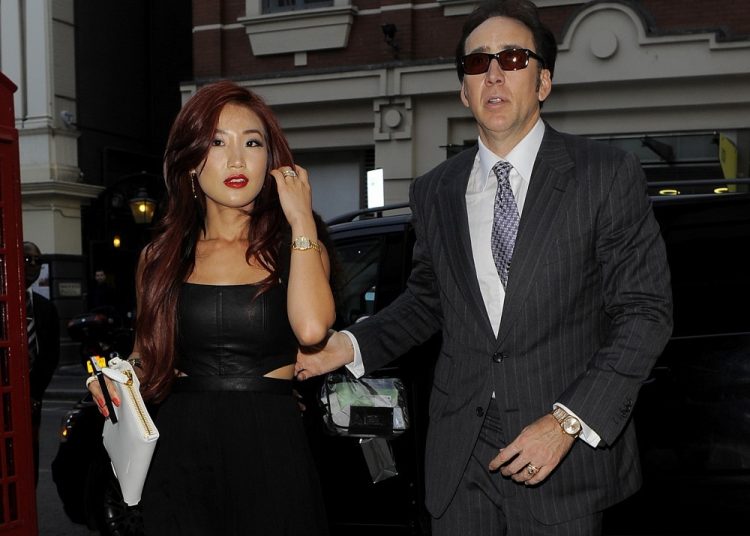 Furthermore, it’s probably worth mentioning that the age difference between the couple was about 20 years. This fact alone allowed the media to speculate and post gossips and rumors about the couple. However, the couple was pretty serious about the relationship as they didn’t let the age gap be a barrier to their happiness.  In fact, Cage married Kim the same year. The duo tied the knot in California in 2004, August.

It’s worth noting that Kim has been involved in different brief roles in the Hollywood films, such as ‘Grindhouse’, ‘Next’, etc. In fact, in these films, we also saw one and only Nicolas Cage as well. She would also accompany her husband Cage to numerous event shows.

However, the happiness didn’t last long enough as Kim & Cage announced their divorce after 12 years of blissful marriage. Certainly, this news came as a shocker to most fans of the duo and we too still find it hard to believe. Moreover, the couple also shares a son together, whose name is Kal-el Coppola Cage. Alice was the third wife in the life of Cage, and the longest partner as well.

Controversies Around The Couple

Alice Kim and his husband’s life wasn’t free of scandals. There was a public spat between the duo and someone recorded it. As a result, the police arrested Cage due to a domestic abuse charge. However, soon after that incident, he was released on bail. Moreover, Alice didn’t want to press any charges against him as well.

A Funny Trivia On Their Relation

So, when Cage met Alice’s mother for the first time, she said that ‘she’s too young,’ before even greeting the actor. It was a really funny scene and the lot had a good laugh over this later on.