Find Out About Aiden Fucci, The Teenager Who Is The Suspect Of The Murder Of Tristyn Bailey

Each day we come across a lot of news that is heinous in nature. Well, the murder of Tristyn Bailey is one such instance. So, according to the reports, police have held Aiden Fucci as a suspect in this murder incident. In fact, the evidence suggests that it was probably him who had killed Tristyn Baley, a cheerleader on 9th May 2021.

The 14-year-old teenager Aiden Fucci’s life has certainly taken a drastic turn. Previously the police charged him with first-degree murder at st. Johns county courthouse. Therefore, he has a pretrial date set for him in 2022, February. 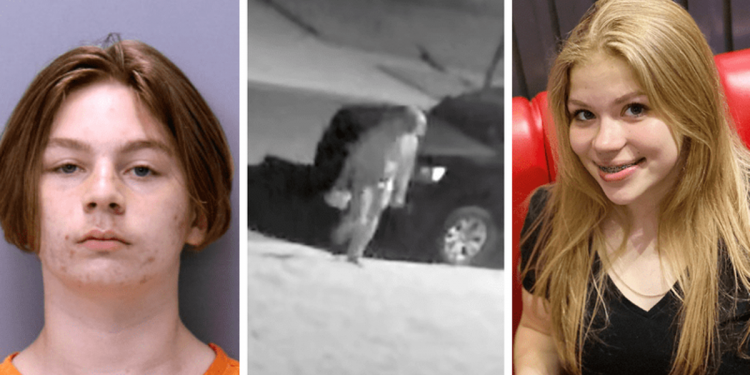 Moreover, it’s worth noting a bit about the incident. Actually, the police have termed this murder as a cold-blooded one. The murderer stabbed the victim 114 times which is really shocking. In fact, what’s more, shocking is, a 14-year-old student has done this. The victim’s name is Tristyn Bailey and she was a cheerleader. Moreover, the girl was only 13 years old before she was killed.

So, after the brutal murder, the police traced her whereabouts that night. According to the sources, she was with Aiden on the night of her murder. In fact, there are other pieces of evidence that suggest Aiden’s involvement in this matter. If you want to know more about the incident in detail, then let’s find about Fucci’s life and about the night of the murder.

Here’s A Note On Aiden Fucci

So, the Sherriff’s office on Sunday, 9th May 2021 arrested 14-year-old teenager Aiden Fucci. They had held him at the Department of Juvenile Justice facility in Daytona Beach, as per the reports.

The decision to charge him with first-degree murder came from the Grand Jury. This meeting was made in secret on 27th May, Thursday. Therefore, they have moved this case on to the adult court. So, it’s worth mentioning that Fucci is the only suspect in this murder case.

Moreover, according to the reports, the victim and the suspect were classmates. In other words, both of them attended Patriot Oaks Academy in St. Johns, Florida.

How Did The Police Suspect Aiden?

Actually, there was a photograph that somebody circulated on social media following Bailey’s death. Someone had posted that picture on Aiden’s Snapchat account showing him in the back of a cop car. So, in that picture, he held a peace sign with the caption “hey guys has anybody seen Tristyn lately.” 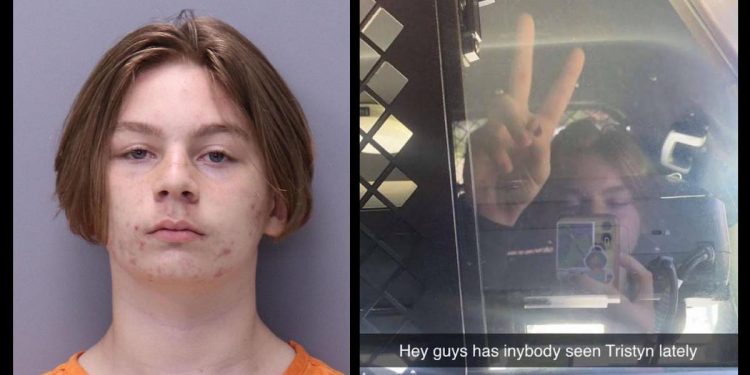 Thereafter, the police confirmed the image as one of the potential pieces of evidence in this murder case. Furthermore, another potential piece of evidence came to light. So, to elaborate, In August, police found a new video where Fucci walked with Bailey on the night of the murder. According to the prosecutors, this new video evidence showed Aiden walking with the victim and then running alone later that night. In addition, they walked towards the woods in their neighborhood.

Furthermore, there was other evidence that strongly suggested Aiden Fucci’s involvement in this case. A shocking video that the State Attorney’s office released showed Fucci’s mother washing blood off of her son’s pants. So, the police naturally tested the blood samples and found a match.

Night Of The Murder

It was a gruesome death that the poor 13-year-old Tristyn had to face. As per the reports, the killer stabbed her 114 times near a woody area which is also near to her home in St. Johns on 9th May. In fact, 49 of those 114 founds sustained to her hands and arms. Moreover, the officials also found a folding buck knife near the pond which was probably the murder weapon.

Read Also -: Who Is Mark ‘Sall’ Sailing? Learn More About The Person & The Cause Of His Death