There are very few people who are not familiar with the name of the star wrestler, Gabe Tuft, isn’t it? Yes, your guess is right, we are talking about the famous American retired professional wrestler Gabbi Alon Tuft. In fact, her fans mainly know her by her ring name Tyler Reks.

However, other than winning several championships, the celebrity wrestler is also the talk of the town recently for coming out as a trans woman. Surprising news, right? Yes, indeed, he astonished his fans when he first made this official. So are you curious to know more gossip surrounding this celebrity’s life? Let’s check it out!

A Short Bio Of Gabe Tuft

This professional wrestler has been the talk of the town, right from her time in the WWE. It was due to her successive winnings that she became a well-known face within no time. On Nov 1st, 1978, Gabe was born in San Francisco, California, in the United States. Therefore, she is 42 years old now.

As we mentioned earlier, Gabe Tuft spent her childhood days in California with her family. Moreover, she attended the Santa Rosa Junior College in Santa Rosa, California, in 1999. Later on, in 2000, she transferred to the California Polytechnic University in San Luis Obispo.

In fact, here, she achieved a degree in civil engineering with a major in Hydrology. Do you know what she did after her graduation? After that, she secured a job as an assistant engineer at a reputed company like PBS&J in California. 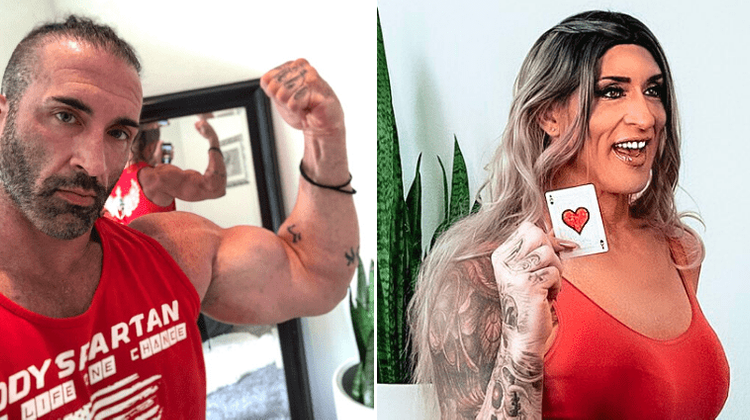 When Did Tuft Take Up Wrestling As Her Career?

You are probably eager to know when Gabe took up wrestling as her career despite being an engineer. Well, she had developed an interest in wrestling a long time back when she was young. Mike Bell trained Gabe to be a wrestler. Her debut match was in Feb 2007 for Ultimate Pro Wrestling.

Gradually she started signing up for various championships all over the world. In fact, she also signed a developmental contract with World Wrestling Entertainment in Jan 2008. Following this, Gabe started winning several such matches. As per reports, Gabe used the Burning Hammer style as his finishing move in all his games.

However, after retiring from wrestling in 2014, Tuft began working as a fitness guru. She is also the founder of a fitness company called the Body Spartan. At the same time, she also motivated a lot of people through her speeches.

What About Gabe’s Personal Life?

Well, this famous wrestling star has been happily married to Priscilla Tuft since July 2002. Since then, the couple has been head over heels in love with each other and shares an inseparable bond. In fact, the lovely couple has one daughter, Mia. She was born in Nov 2011.

However, recently Gabe underwent open-heart surgery. As per reports, she is doing well now and is taking some time off from her busy schedule.

It was in Feb 2021 that Gabe came out publicly as a trans woman. Undeniably it created a lot of gossips among the other celebrities and her fans. However, her wife and daughter happily accepted her.

What’s Her Present Net Worth & Income?

As you know, Tuft initially came into the limelight as a wrestling star who won several championships and was highly active in the WWE till 2012. Therefore, it is very apparent that she had earned a lot of money during that period.

Following that, her role as a fitness guru and motivational speaker also earned her good fortune. As per reports, her net worth is around $800 thousand.

Even though our society has modernized to a great extent, the lives of transgender people haven’t become easy. In fact, they still have to face a lot of humiliation from all sections of society. However, Gabe Tuft has a supportive family who loves her for what she is and is proud of her. We wish her all success and happiness in her upcoming days.