A lot of you may already know the American singer and actor Justin Timberlake. So, recently, people spotted him with his co-star Alisha Wainwright. In fact, Justin Timberlake Alisha Wainwright video has been circulating on the internet for a while now. In that video, the couple was in an intimate position. Alisha, who’s 30 years old touched the knee Justin and after that Justin took hold of her hand.

Apart from Justin Timberlake Alisha Wainwright video, people also clicked a few snaps of them. From those videos and pictures, we could see the whole picture. Moreover, it’s also from mentioning that Justin already has a wife whose name is Jessica Biel. Therefore, this incident has certainly given birth to some spicy gossips. The fans of both Justin and Alisha are contemplating a possible romance brewing.

So, if you want to know more about the spicy night then you are at the right place. In this article, we will provide you with the information on Justin Timberlake Alisha Wainwright video. In addition, we’ll also explore whether they have any relationship between them or not.

Romance Brewing Between The Two? What Does The Pictures & The Video Say?

As we said earlier, from the pictures and video alone, we could figure out something. So, in those pictures, Justin held the hands of Alisha. In fact, in the video, it was clearly visible that Alisha stroked Justin’s knee during a night out.

Fans had taken the snaps at around midnight. They were chatting and drinking in a bar in New Orleans. It’s worth mentioning that they were probably taking a break from filming a movie. So, in that movie, they play the roles of lovers.

According to the sources, Justin was drinking heavily and therefore he was unstable or unsteady on his feet. Naturally, the onlookers were shocked to see him holding hands with his co-star Alisha. Considering the fact that he already has a wife, this very scene sprouted a lot of gossips. It’s worth mentioning that he shares a seven-year marital tie with his wife Biel. Moreover, he also has a son whose name is Silas. 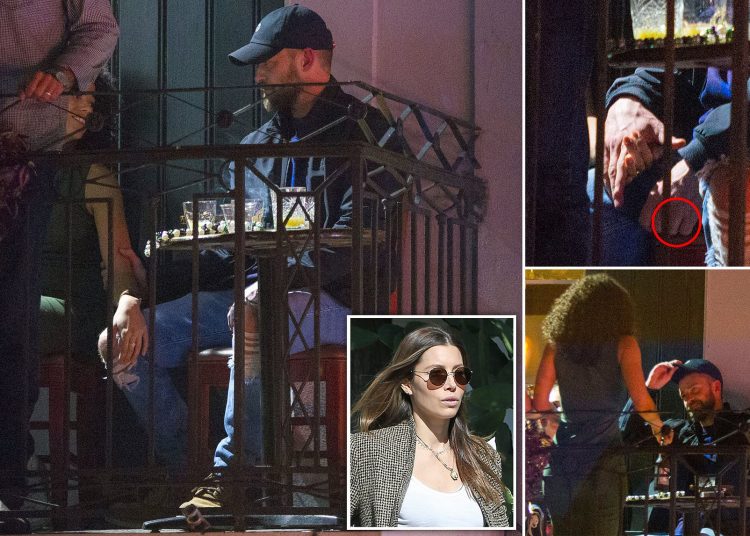 So, as we just mentioned, the onlookers were really a bit shocked to see the actors like that. One of them even said, “They were smiling and laughing…At one stage he grabbed her hand and rested it on his knee. She then gently started stroking his leg”. Moreover, the onlookers added that Justin clutched Alisha’s hands with both of his and then played with her hands.

In addition, from the Justin Timberlake Alisha Wainwright video, we noticed that Justin wasn’t wearing his wedding ring. Naturally, this fact added fuel to fire.

Justin’s Apology On The Whole Incident

So, before we head to the apology part, let’s check out a few other facts. Fans know Alisha Wainwright best for her role as Maia Roberts in the TV series Shadowhunters. In fact, we see her starring alongside Michael B Jordan in Raising Dion, a Netflix series. On the other hand, Justin and Biel have one of the most rock-solid relationships. The couple tied the marital knots in the year 2012.

So, Justin has posted an emotional about the pictures and Justin Timberlake Alisha Wainwright video. He said, that it was a ‘Strong lapse in judgment”. Moreover, he added, “let me be clear- nothing happened between me and my co-star…I drank way too much that night and I regret my behavior…I stay away from gossip as much as I can, but for my family, I feel it is important to address recent rumors that are hurting the people I love.”