Matthew Trebek is the son of the famous Jeopardy host Alex Trebek. He is the only son of Alex. Matthew was born in 1990.  He has been the owner of a restaurant named Oso since 2015. Additionally, after hosting the famous quiz show for more than 3 decades, Alex Trebek has died in 2020.

Matthew Trebek is the oldest son of famous public figure Alex Trebek. He was born in 1990. So, as of 2021, his age is 31. Alex Trebek and Jean Trebek are his parents. 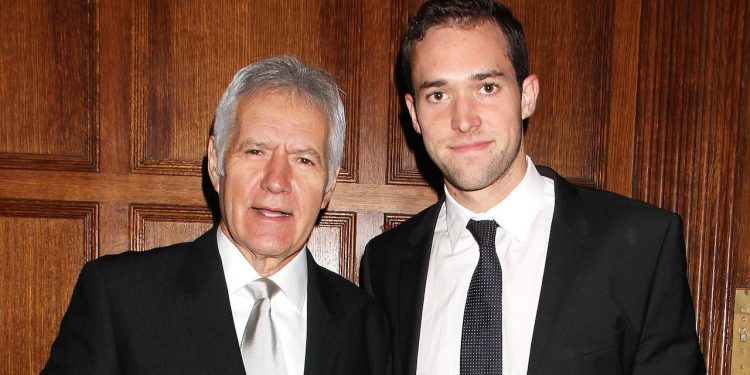 He took the bartender job as his side job. And it has a big impact on his life to choose his career. In other words, the job of a bartender ultimately has inspired his career. In fact, Matthew Trebek has opened his own restaurant back in 2015.

To add more, Matthew Trebek has two more siblings. One is Nicky and the other one is Emily. His both sisters are well settled in their life too. Nicky is his step-sibling. She is the designer and the owner of ROCKIDOLclothing. To be precise, she designs customized clothes inspired by music, leather, silver, etc.

Matthew Trebek’s younger sister Emily is a graduate of Loyola Marymount University back in 2015. In fact, she is pursuing a career in real estate following the footsteps of her mother Jean. Emily has done interior design of the E&S studio of Los Angeles.

Apart from his siblings, Matthew Trebek is closed to his father Alex Trebek. He was very fond of him. Matthew reveals that he has kept a tie of his father as a memory to him. Furthermore, after the death of Alex, the family has donated his clothes for the show to The Doe Fund.

The Career of Matthew Trebek:

Matthew Trebek has owned a restaurant called Oso.  He has opened this popular Mexican street food restaurant back in 2015. Additionally, Matthew has expanded his business. He has opened a cocktail bar and event place named Lucille’s back in 2019. Following this coffee shop, he has opened another take-out pizza shop. The name of this pizza shop is Pizza By Lucille’s. In fact, he named these two shops after the name of his grandmother Lucille.

Moreover, Matthew Trebek has the skill of a mixologist. He, in fact, has attended National Bartenders School back in 2011.

Further, In an interview, Matthew has said that he wants to own a restaurant as it will allow him to venture out many interesting things. To add more, he has always wanted his business to become a part of the community.

Influence Of Alex On Matthew:

Matthew Trebek has always acknowledged the role of his father upon him. He was very much close to his father Alex. Additionally, in one of his interviews, Matthew mentions to Entertainment Tonight that he has kept one thing of his to him. Further, he adds, he has kept it as a memory of his popular father. Matthew has kept the tie of his father which was gifted to Alex by his wife Jean.

Net Worth Of Matthew Trebek:

Matthew Trebek owns one restaurant and two shops. It can be understood that he is a rich person. Although we are not much aware of his net worth of the Jeopardy show host’s son Matthew.

Alex Trebek is the father of 31 years old Matthew Trebek. He had been the host of the famous quiz show called Jeopardy. Alex hosted the show for more than 30  years. Besides, he had married Jean Trebek in 1990.  To add more, Alex had died due to pancreas cancer in November 2020.